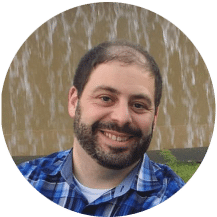 For this story, we have to go all the way back to a small laser tag center in Sugar Land Texas. In the early 90’s Laserzone, a small, family run, stand-alone laser tag center offered the only Laserforce laser tag you could find in the US. Jeff got his first taste of Laserforce, laser tag, and the entertainment industry, working his way up from marshal to manager. Fast forward a decade and some change, Jeff relocated to Northern Colorado where he now calls home, to join a team of software engineers at a large HP campus. He spent several years there, working with a dedicated team of software engineers and leading his department through multiple IT projects. Jeff was still enthralled with laser tag and by now Laserforce was becoming more established in US market. Jeff found a standalone laser tag center in Loveland Colorado that offered Laserforce and he would regularly play with a group of dedicated players during their league nights. A couple years later, the owner of the center was looking to sell and move on from the business. Jeff caught wind of the news and knew it was now or never.

Jeff purchased what we know now as Loveland Laser Tag back in 2007 and took a dive into owning & operating his own laser tag business. From there, Jeff was able to expand the once small center, into one of Northern Colorado’s must go family fun destinations. Laserforce laser tag was and still is, the main attraction. With the 5700 sq. foot 3-level laser tag arena, no other laser tag attraction in the region can come close to offering the experience LLT can. Jeff grew LLT into a multi-attraction fun center in about a course of decade, adding attractions and experiences year over year. Now guest can play the worlds greatest laser tag in the regions best arena, conquer the 12 element ropes course, get lost in VR , spend hours on the wide variety of 40+ arcade games and more. Recently Jeff and his “imagination” team dove into another highly popular entertainment activity, escape rooms! Jeff and his team lead the way to build Time Emporium, 3 state of the art escape rooms, with Disney level theming and puzzles.

Throughout the decade of owning LLT, Jeff grew closer to the Laserforce’s corporate and development team. Often sending them his ideas on how to keep revolutionizing the Laserforce experience and other methods of driving up repeat play. Quickly a relationship was developed and Jeff was welcomed to the team, taking over US sales and some small operations. Since then, his hand and mind has been in just about every game-changing Laserforce feature and operation. From Laserforce’s highly coveted Achievement system, to our award-wining Gen8 Laser tag equipment, Jeff’s ingenuity is there. Now, Jeff has taken on larger scope as Laserforce’s COO, overseeing larger operations and continuing to strategize new ways to build on the longevity of Laserforce and its family of operators. If you’re a laser tag veteran, you’ve probably have had the pleasure to meet Jeff and pick his brain on anything surrounding family entertainment. If not, don’t hesitate to reach out and say hello!