Michael Thomas (wombat) operator of Lazer Blaze in Western Australia has been determined from the start to operate and offer high quality laser tag. Lazer Blaze’s previous laser tag equipment wasn’t cutting it, thus began their journey to Laserforce. Michael started with humble beginnings playing laser tag at his local Qzar site. By his late teens he was working and managing his favorite laser tag center. Fast forward, after a long road of locations and different suppliers, Michael soon was the owner of two laser tag locations both running Zone equipment. After operating with Zone for a handful of years, Michael was consistently disappointed in the service and the return, so something needed to change. Conveniently, it was a quick trip to Laserforce HQ to meet the team. Michael met with Len, Chris, Maree, and Allen to discuss all the powerful features on the latest system and he was more than impressed and ready to swap. Michael says “We’ve never looked back, the service and equipment are just awesome! They may not be the cheapest on the market but if you want quality then you have to pay for it, the same as any product.”

Michael now owns three locations all running on Laserforce equipment and just recently upgraded his Malaga site to Laserforce Gen8 Infinity. The players in Malaga are still raving about the new equipment and Michael plans to upgrade the rest of his centers in the near future. “It’s a good investment because it WORKS!! It just works and keeps working. Don’t get me wrong, things break, that’s going to happen, kids are rough, adults are rough. So it gets a beating but we don’t do anywhere near the amount of repair work that we used to do.  At the end of the day, to run a Laser Tag Centre and make money you need the equipment to work and continue to work day in day out, everything else is just icing on the cake. We have some awesome features with the Laserforce equipment and a lot of flexibility.” he reports. Lazer Blaze is also working hard on building interactive arenas using Laserforce arena elements. They’re most excited about the video Beacon targets and all the features they support which will help create an immersive laser tag experience. 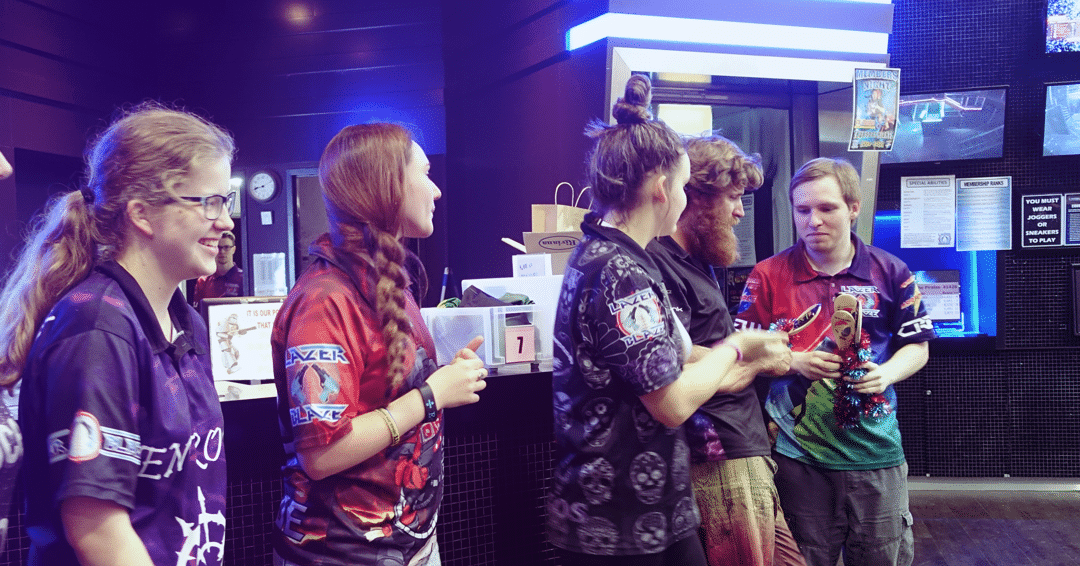 Not only is Michael working hard to offer an amazing experience to his large customer base, but he also is quite the avid player! Lazer Blaze is excited to announce they are hosting the Laser Tag Australian Titles come August 17th. The tournament will cater to more than 10 laser tag teams and will run rounds of Highlander, a popular elimination style game, and of course Space Marines 5, laser tag’s most competitive game-type. The tournament will be live streamed on Twitch, so you can catch all the action from the comfort of your home anywhere in the world! Learn more here.

Lazer Blaze has quickly made a name for themselves for quality laser tag and they’ll continue to do so with Laserforce next-gen equipment. For any operators looking to start their own laser tag center, looking at swapping their current equipment, or just unhappy about their laser tag situation, Michael says “make sure you purchase reliable equipment from a large manufacturer.  I know people who have purchased from some of the smaller guys and they just don’t have the support/service to offer you, especially if you’re new to the game. I highly recommend Laserforce.” 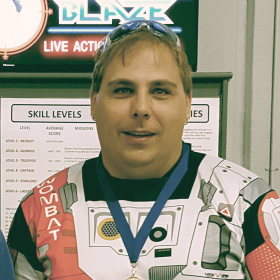 Michael has independently owned and operated with Laserforce for the last 6 years.

Whether you’re an existing laser tag operator and owner or you’re looking to add Laserforce to your attractions portfolio, don’t hesitate to contact us today!